Can I Hear You Now? 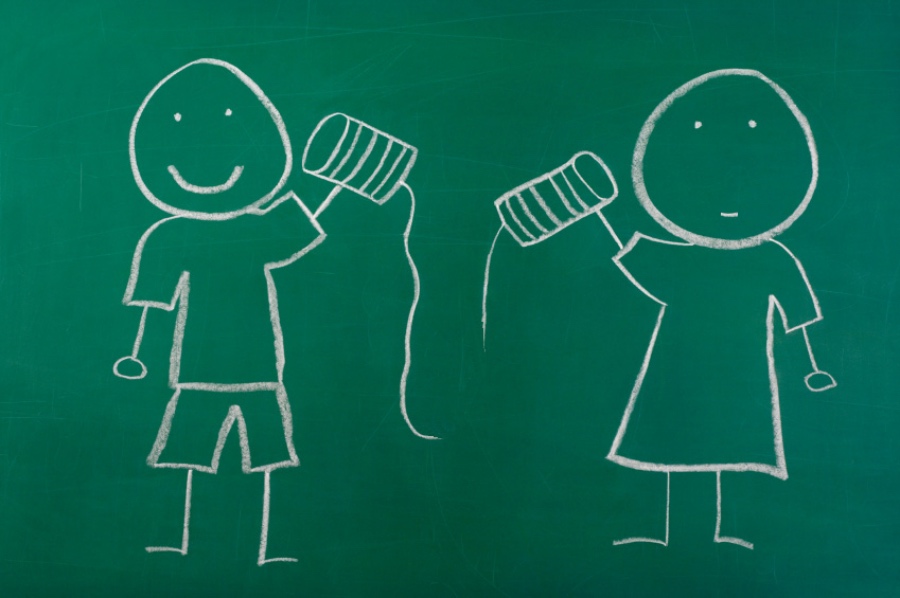 Can you think of the last time you were in a conversation where you felt like you just weren't being heard or understood?

Have you ever finished a conversation and realized that you still had a ton of questions or comments and are actually not really sure what the end result of the conversation was? Or for that matter, do certain conversations leave you completely drained and feeling sort of spacey?

These are all signs that what’s happening isn’t really communication in the true sense of the word. By its very nature true communication is a lively reciprocity of energy. It requires actual engagement from each party or object involved. It requires the sending and receiving of whole messages, and it also requires the willingness to request clarification when messages are partial or convoluted.

Do you think that listening is one of your strong points?

Most people, when asked whether or not they are good listeners, will say yes. And in all fairness, they truly believe that they are. However, by and large, especially in today's world of constant distraction, most of us are not good listeners. Why? Becaues listening requires exactly that... the act of listening

Waiting for someone to finish what they are saying so you can speak is not listening.

To truly communicate requires a reciprocity of feedback. Communication is the sending, receiving, translating, and feedback of packets of information.

This is a simple breakdown of how it works:

Where am I going with this? Well, the other evening I was grading assignments submitted by my students for an Interpersonal Communications course I teach a few times a year. As I read through the assignments and the anecdotal experiences that the student shared, it occurred to me that the simple lessons they were learning and benefiting from were actually simple rules that everyone can benefit from as we attempt communication via phone, text, email.

The assignment was to describe the 12 blocks to listening and then to identify which blocks they engage in and what they could potentially do to break the habit and actually cultivate good listening skills. They then needed to describe a situation where they did indeed overcome one of the blocks and discuss what happened next.

Overall each student described a similar experience...they had no idea they were such poor listeners and conversations were much more enjoyable, alive, and conflict free when they actually began listening.

So, if you’re game, how about doing a little assignment and seeing where you stand on the listening list... and how you can break the habit and make your conversations come alive.

COMPARING - this makes it challenging to actually listen to someone because you are continually roving your own mind and experiences to see how they or you measure up. Unfortunately, this usually means the conversation will end up in a subtle one up situation because invariably you will respond with comparative stories of how much worse or better it was for you, rather an actually having heard the nuances of delivery and the true gist of the story.

MIND READING - mind readers spend an inordinate amount of time ‘reading between the lines’ whether the lines exist or not. They tend to be distrustful in conversation often wondering what the other person “really” means. Mind readers often look for hidden agendas, which is in and of itself not horrible, but they rarely bring their questions to light, instead they act on their internal conversation rather than what the person is actually saying. Mind readers rarely ask for clarification or more information.

REHEARSING - it’s not rocket science to realize if you are rehearsing what you are going to say next rather than actually listening to delivery, then you are not really listening. You are simply waiting for the other person to finish so you can deliver your lines. These conversations are often really energy zapping because nothing is really going anywhere.

DAY DREAMING - have you ever had this happen? Someone is saying something and it triggers a memory, then before you know it you are actually daydreaming about the memory and all things connected to it rather than listening. Suddenly you realize they stopped talking and you are left trying to get back to the point. What were they saying??? Obviously this is something that happens occasionally, however if it happens frequently or more with certain people, it could be worth checking into why you are checking out.

FILTERING - This is an interesting one. It’s all about selective hearing and it is usually a safety tactic. You listen for anything that involves you or anything that involves excessive emotions. Anything else gets filtered out of your awareness. Your whole point of listening is to see if you need to manage anything otherwise you are content to drift off into your own thoughts.

IDENTIFYING - Oh yes, this is actually such a common one. Have you ever spoken to someone and had everything you say relate back to them. They are the “me too” person that drives you a bit nuts. The conversations tend to go something like this:

You: “I had the most delicious tacos for lunch today”

Identifier: “oh my gosh I had tacos last week that were amazing,.... “

Before you know it you are off and running in a conversation about them, which is how it will always be because nothing you do will be unique to you when you are conversing with an identifier... and don’t count on them asking any questions or showing interest in what you have going on.

JUDGING - this one is also considered ‘labeling’. You decide how seriously you will take the conversation given the judgment you have applied to the person delivering. If it’s your crazy aunt Sally, well you’re only going to half listen because you’ve decided she’s bonkers...why listen? Could be worth thinking about how people may be doing the same to you... (:

SPARRING - we all know that person who spars conversationally, and hopefully it isn’t you! They are the person who seems to argue just for the sake of argument. You can say the sky is blue and they will disagree or find the one cloud in the far back landscape to negate what you are saying. These are the people who will also take the opposite side of any problem you have, so beware... you will end up feeling worse for the sharing.

Another form of sparring is minimalizing things like compliments. “lovely blouse you have on... oh what? this old thing??”.

Seems like you’re humble, when actually you’re disrespecting and discounting someone’s value of you.

Could be worth thinking about the next time you are inclined to say anything other than “Thank you” when someone praises or compliments you.

ADVISING - Oh yes... this person begins solving your problems before you even finish speaking. If you are this person then you don’t even really hear what someone else is saying because you’ve gone into research and problem solving mode and are searching your own database rather than listening and asking for clarification. Super annoying!!!

DERAILING - this is when an abrupt change of conversation happens, typically because you are bored or uncomfortable. It’s the “so how about that weather??” right in the middle of someone’s sharing about their great aunt Martha. Derailing can leave people feeling very hurt; not to mention completely disrespected. It’s actually more polite and honest to gently say you aren’t interested, if you aren’t. Otherwise, take a nice breath, be present, and listen. You may be surprised.

PLACATING - you just want the conversation to be over with and you want it to go smoothly so you say things like “yes, totally agree” “right, uhhuh” “makes total sense”.. just so you can keep the peace and move on to the next thing. Ouch!

BEING RIGHT - these conversations are super scary territory because the one who must be right will go to great lengths to be right.. they will twist facts, make accusations, even shout or say hurtful things, just to maintain their pride and position of “one who is right”. They can start out innocently enough, perhaps even as an expression of an idea, but watch out if there suddenly becomes a side to choose and you’re on the wrong one. If you are the one that always needs to be right, it could be useful to ask yourself what is more important, the relationship with the other person or your position?

How do you overcome these obstacles?

You could start by practicing Active Listening. Active listening doesn’t mean you are just sitting there staring at the person speaking, remember waiting for someone to finish speaking isn’t the same as listening.

Active listening means you actually engage in listening and get curious about what they are saying. Active listening involves listening, paraphrasing, clarifying, and giving feedback. It requires you to put your ego on the shelf and actually commune and connect with the other person. The truth is, if you aren’t interested in engaging in deeper conversation, there are still ways to listen and then end the conversation so the other person feels heard and respected.

One other little thing to keep in mind which makes all of this so much more challenging: most of our communication is actually via body language, in fact, about 55%. The next is tone of voice and verbal inflection, which is about 38%, the actual words are only about 7%.

Lately, there has been quite a bit of hubbub debunking those numbers as a “myth”, however, if you look at the ‘arguments’ they are relying solely on the delivery of words as communication rather than looking at the entire process as one of communication.

Want to find out for yourself? Try watching someone deliver a speech with the sound turned off, what information can you gather about the person and the message? Maybe you won’t know the exact words but you will still most definitely get quite a bit of information.

So, remember, communication isn’t just about throwing a bunch of words in the air or shoving them at other people. It’s about the reciprocity of information and shared experience.