Do You Believe Everything You Think? 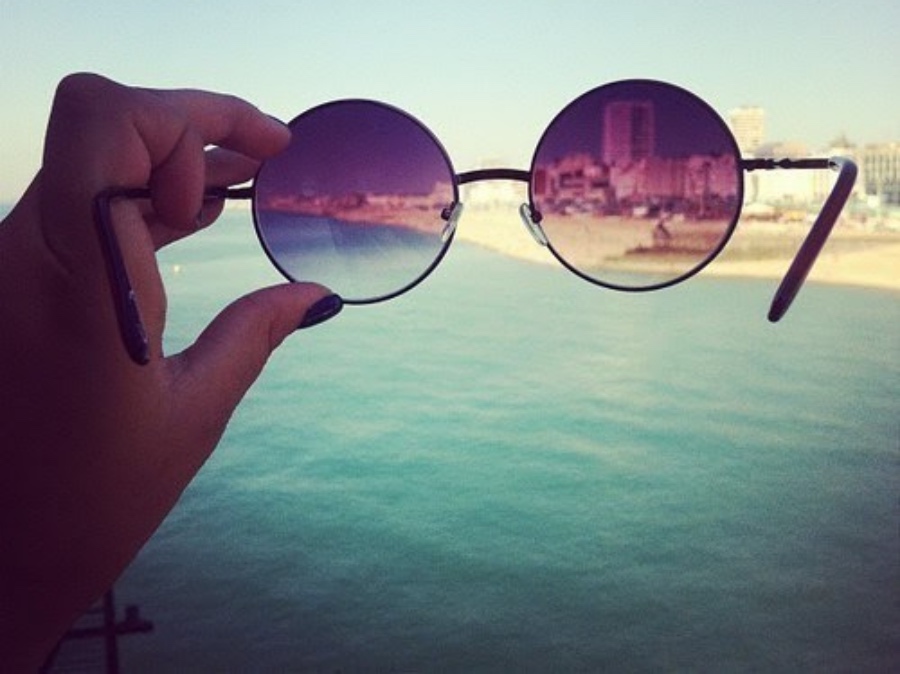 How often do you question your belief systems and thought processes? If you can't remember the last time, don't feel bad.

It's actually not something we are typically encouraged to do. Biases and preconceptions seem to be just an accepted part of who we are as humans in the industrialized world.

What's more, from a biological perspective it is just part of our nature to label and categorize things and then quickly move on to the next. I imagine it started out as a great evolutionary skill. The ability to quickly identify something as safe or not safe and keep going would allow us to expand our territory more rapidly and be more efficient in our development. But what happens when we become so entrenched in a perspective or belief system that we become limited and narrow in our perspective?

Belief systems and preconceived perspectives aren't just personal. We develop preconceived ideas and hone our perspective as individuals, as groups, and even as entire cultures. They become part of our self-identity with little to no effort or awareness and unless something helps us dig a little deeper, we wander through life frequently missing the potential for viewing a  bigger picture. While you might well find ways to adjust your personally formed belief systes, I would venture to suggest that the cultural preconceptions are the hardest to ferret out and change.

For example, I came across an article not long ago that was a prime example of an unconscious group perspective. Being a total sciencehead I subscribe to multiple peer reviewed listserves, so I end up with a wide variety of articles to peruse. A while ago, this particular title grabbed my attention They Hunt, They Kill, They Cheat: Single-Celled Algae Shed Light On Social Lives of Microbes. The article is interesting, probably fascinating for people in that field of science but for me it captured an entirely different fascination. I think more than anything it illustrates a very critical point about how we identify and label things and then shape our ideas, thoughts, questions and belief systems around that identification.

Non-toxic algae 'cheaters' like a cancer to their toxic brethren

Here's a rundown of the gist of the article: Researchers have discovered within the observed communities of toxic single-celled algae there happen to be a certain few that develop without toxins, they are rogue in a sense, toxin free and yet they still thrive within their community. Not only that, they have noted that the non-toxic algae end up living longer than their toxic counterparts and continue reproducing when die-off for everyone else begins to occur.

The researchers involved in the study have given the non-toxic algae the label of “cheaters”, likening them to free-loaders, benefiting from the hard work of their toxic peers while contributing nothing to the mission of the community. They further discuss their longevity and ability to continue reproducing as that akin to cancerous growth.

The peer-reviewed article goes on to discuss how they will continue to study these ‘free-riding’ organisms and define questions for further research.I was completely enthralled, not by the content, but by what seemed to me as an absolute bias.

Each question was based on viewing these organisms from a negative anthropomorphic viewpoint; ‘cheaters’ and ‘cancerous’. I have no doubt their investigation will be scholarly and thorough...however, here’s my point; what happens to the study outcomes when there is the unconscious bias that these cells are negative low life’s within their community? These researchers are viewing the community from an external vantage point with no idea of what is really happening within the community and applying a judgment based on their internal belief systems. Will that impact all the outcomes? You bet it will. Just as it does in your world when you apply pre-judgments to situations you encounter within your day to day life.

What if these non-toxic cells are the Gandhi’s and the Dalai Lama’s of the algae world?

So for fun, let's flip the script and put a twist on the perspective; what if these non-toxic cells are the Gandhi’s and the Dalai Lama’s of the algae world? What if the other cells rely on their ability to be neutral and resilient, giving them hope that things can be different? What if they are trying to get the other cells to see the error of their toxic and carnivorous ways and live a more peaceful life? What if the reason they are more resilient and can continue to reproduce is because they aren’t like their mean and nasty toxic neighbors? Sound crazy? It’s no crazier than assuming they are cheating free-loaders; simply a change of perspective. So, here’s a little reminder as you go through your day sure that life is just the way you believe it is; pay attention to how you identify and label things because quite often just shifting the title can shift your entire world experience.

University of Arizona (2013, January 18). They hunt, they kill, they cheat: Single-celled algae shed light on social lives of microbes.