What's in a Name - Understanding Organic 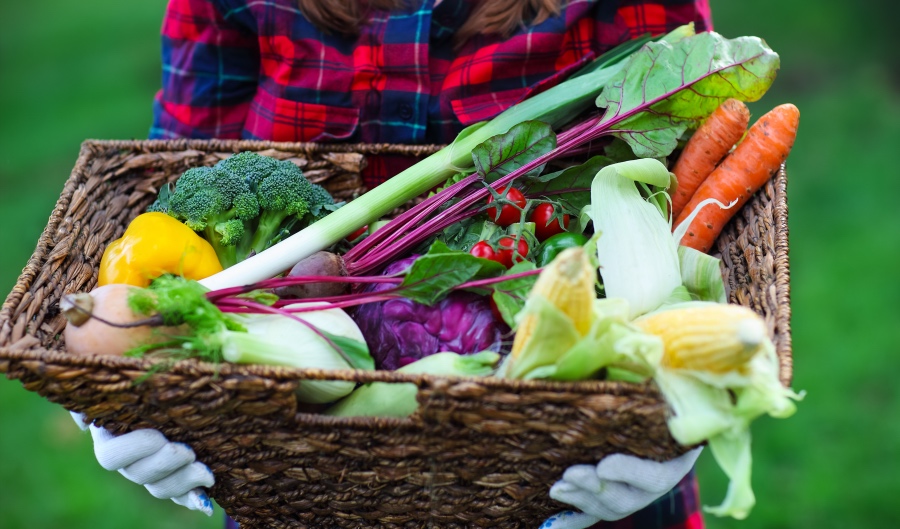 My foray into the world of organics came at a time when I was just beginning to shift my whole prespective on health and wellness. I was in school full time and needed a job that would accomodate my school schedule. I just happened to land one with the State of California’s Dept of Health and Human Services. What would I be doing? Running the organic food desk. What’s an organic food desk? That’s what I asked too.

Turns out it was exactly that. A desk, in a cubicle, to be run by little old me. My job was to insure that businesses claiming organic food processing were doing exactly that. I knew almost nothing about the rapidly growing organic trend and needed to get up to speed quickly.

In 1973 Oregon was the first state to begin regulating organic growing and production. From then on, until the federal government began to develop standards, individual states created their own methods of either recognizing the organic food movement or ignoring it all together. In short it was a free for all and the definition of “organic” varied from state to state. As the industry began to grow into a mulit-billion dollar industry, California began to take the lead in creating and implementing standards for growing and processing. By the time I got to the organic food desk, regulations in the state were well in place and a seemingly streamlined system was plugging along

The rest of the country was in an organic upheaval; with some states uber-regulating and some completely absent in the organic realms. Ultimately, this began impacting state to state commerce enough that the food industry petitioned Congress to come up with one cohesive definition for “organic” and generate some federal standards that could apply nationwide, allowing again for a free flow of commerce. The result was the Organic Food Protection Act which basically identified that until further regulation as established, organic food must meet three requirements

In the meantime, the USDA and a newly implemented National Organic Standard Board would go through the process of establishing more far reaching national standards. Here’s where the “right place, right time” scenario comes into play. Being the state of California’s Organic Food Desk (yep, little old me) required me to participate in the discussion and creation of the federal organic food standards. I spent many long hours understanding the different roles of governmental agencies and what, if any, their investment was in the ‘health’ of our food production.

Sadly, I found that most, if not all, are interested in ‘safety’ rather than ‘health’, which interestingly do not equate in the world of production and commerce. (for more on that you can view this article on food safety). Prior to this I had operated under the assumption, as do many Americans, that the FDA and Food Safety regulations were in place to insure health. They aren't. They are in place to insure no immediate death occurs. You can breathe a sigh of relief knowing that no deadlly bacterial contaminants or fatal toxins are allowed in your food. But don't become too relaxed because if it isn't going to cause immediate fatality then there are allowable limits.

If it only contributes to ill health and chronic disease, there are, you guessed it, allowable limits.

Suffices to say, the process of research, reporting, and ultimately creating guidelines for organic food production was equally exhilirating and disillusioning. Prior to this little introduction to food processing in America I had no idea what was being done to our food before it got to our tables. It’s pretty scary.  It felt good to be part of something that would ultimately attempt to insure that people had a choice about their health and what they would allow to make its way to their tables. That being said, I think it is important to note that just having the label 'organic' doesn't insure a healthier option. A point driven home with the reality that there are now organic versions of High Fructose Corn Syrup available on the market and in your organic food.

Unforunately, an organic label does not mean you don't have to read the label. Sad but true.

The final organic standards were released in December 2000, and while there are pages and pages of definitions, descriptions and guidelines, it all comes down to basically this; if someone has a certified organic label on their product these are the practices they insure:

Over the next few years I became very aware of the loopholes and downside of the organic food movement. First, for small farmers who are doing everything right and then some, it can be very difficult not to mention expensive to get an organic certification. With 'organic' being the trend that it is, it makes it tougher for them to sell their far superior product because they do not have the label. Secondly, many of the bigger operations are barely walking the line required to have the label and even though they are meeting the baseline of organic, they are far from sustainable. If you think your large scale organic produce is pesticide free, think again.

The truth is there are a wide variety of pesticides and herbicides that are 'acceptable' to use according the federal organic standards, and big industry definitely uses them. It's the only way they can continue to grow monoculture crops and not suffer the consequences that such practices naturally produce in the environment. Not to mention that large scale organic production requires much more fossil fuel to ship out to the world. Upon deeper research the biggest argument against small scale farming is its inability to produce on "large scale" and feed the world. Proponents seem to be content to keep only the bottom dollar in their sites rather than realize that decimating the planet isn't going to do anyone any good down the road.

Quite personally, I tend to choose food that is produced sustainably before I reach for an organic label.

I'm also learning more and more about biodynamics (keep your eye out for upcoming articles on both sustainable and biodynamic) and I find the recognition that nature has a rhythm that we it into, quite refreshing.

Sidenote word to the wise: It's not the label that makes something a healthier option...whether it's labeled, organic, vegetarian, vegan, raw food, sustainable, etc... It's the ingredients, the intention, and the self-awareness that what you are eating in a given moment is the best option for your body/mind/spirit. And it's useful to be aware of what's in your food, where it comes from, and what happened to it before it got to you.

If you want to familiarize yourself with the exact standards for the U.S. Click here